Councilman Jack Mundie has voted more than once against an ordinance requiring inspection of rental properties.  His latest "NO" vote came on February 6, 2013.

In today's Standard Speaker article written by Sam Galski he questions the mangerial ability of Chief Frank DeAndrea to oversee the work of the Code Department of the City of Hazleton.  Someone should be questioning Mr. Mundie's "NO" vote in light of the following serious matters involving the health and saftety of the citizens of Hazleton.

In 2011 a sleeping toddler was injured when a plaster ceiling fell on him in an apartment building that was evenutally condemned.   The details contained in this article written by Standard Speaker reporter Kent Jackson.

A plaster ceiling collapsed on a 2-year-old Hazleton boy while he slept Friday morning in an apartment building that authorities later condemned.

Medics placed Zaire Johnson in a neck collar before taking him to Hazleton General Hospital, the boy's father said.

Daniel Johnson, his father, said he came home from cashing a paycheck before 10 a.m. and saw part of the ceiling on Zaire, who slept in a small bed in their first-floor apartment at 417 W. Broad St.
"I started freaking," he said.

The boy's mother woke and telephoned for help.

A plaster ceiling, a drop ceiling and its grid fell in most of the boy's bedroom, and some of the pieces fell on him.

Mandak said the building had other problems: there were no smoke detectors or heat. Tenants used an oven to keep warm, Mandak said.

In January, 2012 Amanda Christman wrote this article about an apartment building that was condemned by City Health Inspector Mark Thompson for numerous violations.

Hazleton officials condemned an apartment building this afternoon after finding health and code violations inside.

A man and a woman occupied the building at 528-530 W. Seventh St., and were told they could no longer live there.

City Health Inspector Mark Thompson said the building has no electricity or heat. Because there was no heat, water pipes inside burst. The occupants ran extension cords through the walls to a neighboring dwelling to run two space heaters, Thompson said.

The owner of this building located on East Broad Street in Hazleton ran out of time to make repairs on his condemned, burned out building according to this article written by Amanda Christman. 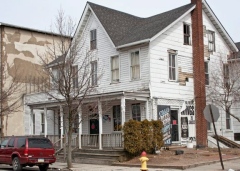 A Hazleton bar with apartments was condemened on Sunday March 24, 2013 by City Code Enforcement Officer Rich Wech along with Deputy Fire Chief Brian Mandak.  Amanda Christman of the Standard Speaker covered this story which further illustrates the need for inspections.

The problems inside the building at Third and Alter streets were discovered after Hazleton firefighters received a call from one of the tenants Saturday night asking what the symptoms of carbon monoxide poisoning are.

Based on that call, Deputy Fire Chief Brian Mandak said firefighters went to the home around 9:55 p.m. for the possibility of a carbon monoxide problem and found a malfunctioning coal furnace and an odor of sulfur at the front door. Mandak said with the front door wide open, ventilating some of the CO outside, firefighters found 26 parts per million of CO.

They also found 48 ppm at the top of the basement steps and over 110 ppm in the basement, where 25 ppm is what OSHA states is the "time weighed average" for an eight hour day, Mandak said.

In addition to the malfunctioning boiler, he said, the basement was cluttered with ashes and combustible items posing a fire and health hazard.

Back in 2009 Mundie tried to stake the claim that he is a "watchdog" on Hazleton City Council claiming he's always voted what is best for the residents of the city.

The voters should question whether Jack Mundie lives up to that claim.  Who is watching Jack Mundie?  After all he is the government he claims to be watching.   It like the fox watching the hen house. 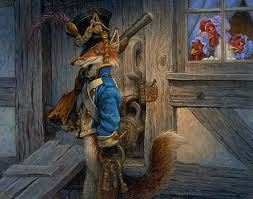