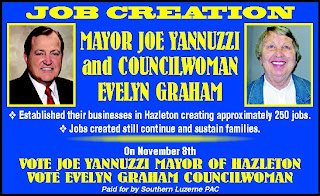 In the City of Hazleton Municipal races for Mayor and City Council, Mayor Joe Yannuzzi and Councilwoman Evelyn Graham placed this ad in the Standard Speaker to highlight the amount of jobs both officials created in Hazleton during their lifetimes.

Evelyn Graham and her late husband, Seymour started Kama Plastics in the Heights Section of Hazleton.  Eventually the company was sold to Alcoa who then sold it to Multi-Plastics, Inc.

The amount of jobs remaining in Hazleton from those business startups is at least 250 jobs.

Their opponents have no job creation experience or any adminstration experience.  Grace Cuozzo has refused to answer the question surrounding her Social Security Disability award, however she has not held a job in decades according to her State Ethics Commission filings.  Her inexperience in any management position as well as any elected governmental position cannot be ignored in applying for the lead job in Hazleton.

John Medashefski opposed portions of the Illegal Immigration Relief Ordinance that is very popular with most voters in Hazleton.  Past remarks by Medashefski regarding the direction from the city's chief executive supports the following assessment.

Yannuzzi's experience and leadership speak volumes to the reason voters in Hazleton should re-elect Yannuzzi to the position of Mayor.  Yannuzzi has brought the compliment of officers in the Hazleton Police Department back to 40.  He has added two additional code enforcement officers and one health officer to help with the City's enforcement.

Yannuzzi announced that the deficit spending of the last few years has been stopped in the year 2010.  It appears that financial results will have the city breaking even when compared to its budget.

Yannuzzi brought in the Pennsylvania Economy League to look at all operations of the City of Hazleton and asked for recommendations.  Their overall examination will be reported in the future and can provide a blueprint to keep Hazleton's operations in the black.

The candidates will face off in a debate to be aired on Channel 13.  Let's see if Cuozzo can act like a proper person and leave the name calling at the door.

Graham's accomplishments in the Hazleton area are too numerous to mention.  Her generosity and committment to Hazleton residents make her re-election an almost certain victory.

Polling numbers for both Yannuzzi and Graham show significant leads, however they intend on campaigning right up until the polls close.
Posted by McGruff at 4:09 PM No comments:

If you have been following Fisker Automotive and Vice President Joe Biden you would know this is his "darling" he enveloped with open arms. Fisker secured a $529 million dollar loan guarantee for its startup electric car company from the Department of Energy.

A venture capital firm financing Fisker includes former Vice President Al Gore. Oh, the price of the car, $97,000.00.for its luxury version and $57,000.00 for the mass produced vehicle. Now that's a price we all can afford. Remember, Barack Obama put a Car Czar in charge of Government Motors and the electric car,Volt, will only set us back $41,000.00. Yet, the Democrats call the Republicans "rich". What a laugh.

ABC news is reporting that Fisker created 500 manufacturing jobs in Finland to produce the car. You can read the story here.

Henrik Fisker said the U.S. money has been spent on engineering and design work that stayed in the U.S., not on the 500 manufacturing jobs that went to a rural Finnish firm, Valmet Automotive.

An investigation by ABC News and the Center for Public Integrity's iWatch News found that the DOE's bet carries risks for taxpayers, has raised concern among industry observers and government auditors, and adds to questions about the way billions of dollars in loans for smart cars and green energy companies have been awarded. Fisker is more than a year behind rolling out its $97,000 luxury vehicle bankrolled in part with DOE money. While more are promised soon, just 40 of its Karma cars (below) have been manufactured and only two delivered to customers' driveways, including one to movie star Leonardo DiCaprio. Tesla's SEC filings reveal the start-up has lost money every quarter. And while its federal funding is intended to help it mass produce a new $57,400 Model S sedan, the company has no experience in a project so vast. 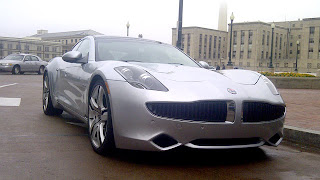 Posted by McGruff at 4:24 PM No comments:

Pennsylvania- Maybe Government Needs To Go On A Diet

Three days ago the Pittsburgh Tribune published this article about tax revenue by Thomas Olson.

If Pennsylvania's tax collections are any guide, the state's economy is starting to pull out of its recessionary slump, according to experts in Harrisburg.

Overall tax receipts from individuals and companies in Pennsylvania for the fiscal year ended June 30 increased 6.2 percent to nearly $26.5 billion, according to the state Department of Revenue. And taxes of $194 million collected in July and August, the first two months of the current fiscal year, were 5.9 percent ahead of last year's pace.

State Revenue Secretary Daniel Meuser announced Monday the state general fund brought in $5.8 billion from the start of July through the end of September. That's 3.5 percent below expectations.

September collections were $152 million less than had been estimated. Major categories contributing to the shortfall are corporate and personal income taxes.

However, taxes on liquor, cigarettes and table games are running ahead of expectations.

What a beautiful dysfunctional state.  Jobs and sales of goods aren't leading us out of the recession.  The vices are.  They should just legalize prostitution and get it over with. Maybe this is what they mean by tolling 80!!!
Posted by McGruff at 9:01 PM No comments: 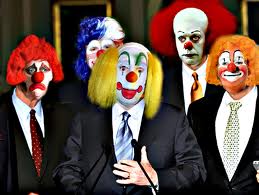 It is hard for public employees to understand why there is such a backlash by the private sector against their benefit package and overall work environment.  On a federal level there are about 10 million persons involved compared to 54 million Social Security beneficairies.

ABCnews published this story that outlines this issue in a very succint perspetive.

The government paid a record $268 billion in pension and health benefits last year to 10 million former civil servants, military personnel and their dependents, about $100 billion more than was paid a decade earlier after adjusting for inflation. And $7 billion more was deposited into tax-deferred accounts of current workers.

In addition, the federal government last year made more than a half-trillion dollars in future commitments, valued in 2010 dollars that will cost far more to pay in coming decades. Added last year:

•More than $300 billion in the snowballing expense of previous retirement promises that have no source of funding.

In all, the government committed more money to the 10 million former public servants last year than the $690 billion it paid to 54 million Social Security beneficiaries.

Government employees will foster the argument that they work for their money just like the private sector.  What they fail to understand is the liberties they have working for government agencies, holidays, personal days, sick day accumulation, payments made to remain off the government sponsored healthcare, defined pensions, etc. are NOT the norm in the private industry.

Obama just today announced he wants a federal takeover of the nation's power grid.  Our nation does not need another bureaucratic agency with more employees that we can't afford through taxation.

Car czar, energy czar, count them; there are 32 czars in the Obama administration.  In April Obama announced his czars aren't going anywhere.  He won't abrogate his Presidential perogative.  Although not a supporter the liberals don't have to look far to understand why the Tea Party was formed.
Posted by McGruff at 4:57 PM No comments: