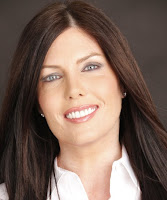 Recent news reports tell the tale of the escalating violent crimes occurring in Hazleton, PA. due to increased gang activity.  Shootings and stabbings gripped Hazleton as it tries to navigate the new population make-up.  Legal immigrants that moved to Hazleton to escape the New York style life full of gangs found the criminals followed them here.

A defunct agency of the Department of Justice prepared the Eastern Pennsylvania Drug and Gang Threat Assessment in 2011.


Dominican criminal groups in Hazleton have established new wholesale sources for cocaine that deliver multi-kilogram quantities of cocaine directly to Hazleton each month.  These new drug sources of supply enable Dominican traffickers in Hazleton to operate independently of New York City associates and sources and to maintain a consistent level of drug availability for greater expansion to new midlevel and retail customers.

For Hazleton residents and surrounding communities this news couldn't come at a more appropriate time.

The news was featured in this Standard Speaker.

The funding will allow the Attorney General's Office to implement a mobile street crime unit with the aim of disrupting and dismantling criminal gangs in Pennsylvania.

Kane has said she wants to deploy the unit first in Hazleton.

"This mobile street crime unit is important to send a message to gangs, criminals, and drug dealers - not here, not on our watch and not in Pennsylvania," Yudichak said. "This specialized unit will give the tools to law enforcement and to the Attorney General's Office to work with local police departments to effectively drive gangs out of our schools and out of our neighborhoods."

The AG Mobile Street Crime Strike Force - which was a top priority for Kane - will be an elite unit of highly trained, highly skilled law enforcement agents that will team up with the FBI, the state police and local police departments to end criminal gang operations across Pennsylvania.

"The gangs have been such a big issue in Northeastern Pennsylvania and in the city of Hazleton, this mobile street crime unit will allow the attorney general to come in and augment our police protection," Toohil said. "We really need the boots on the ground, and we really need them in Hazleton."

Hazleton police Chief Frank DeAndrea said he is thrilled that legislators were able to fund the mobile street crime unit.

In an article written by Richard Stine, a 2007 student at Kutztown University, he wrote about the ordinances passed in Hazleton to address illegal immigration.  He made this observation in his senior projects paper.

Barletta claimed that the influx of illegal immigrants has brought crime, drug trade and gangs to Hazleton which have overwhelmed police budgets. Police Chief Robert Ferdinand also makes the same claim. “What I've seen goes far beyond police reports. The crime that I've seen in Hazleton over the past year is just the tip of the iceberg. I'm very fearful of the trends.

Did Barletta propose these ordinances only to gain name recognition for a possible run for some higher office, or did he do it to honestly protect the citizens of Hazleton, as he boldly proclaimed he had the right to do?